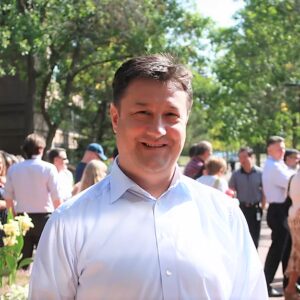 A strategist who builds consensus for action, Adam is a focused leader who knows how to detect and manage ambiguity. A regulated member of seven professional organizations in five countries, he is a registered architect in United Kingdom, a Fellow of the Royal Institute of British Architects, a Canadian urbanist, registered professional planner and an urban designer. A founding member, Adam is currently the President of the AIA Canada Society (2020-2022). He plays a leading role with the AIA Knowledge Communities as a member of the Public Architects Committee (2019-2024), Building Performance group (2017-2019), the Corporate Architects and Facility Management team (2018-2019), and the Regional and Urban Design Committee (2018-2019). Adam served on the Board of Directors of the American Institute of Architects (AIA) International Region (2016-17), where he was spearheading efforts to establish the Canadian chapter and help the unassigned international AIA members.

He was involved in emerging projects in Europe, Canada, United States, Middle East, and Africa. Adam lived and worked for almost two years in the Canadian Arctic, where he developed a close relationship with the Inuit population and assisted them build their infrastructure. Currently, Adam is the Director, Capital Assets with the Government of Alberta, Ministry of Seniors and Housing, where he ensure quality and value of an estimated portfolio at more than $7 billion. As a Director Capital Planning with the Government of Alberta, Ministry of infrastructure, a Regional Planning Lead with the Alberta Environment and Sustainable Resources Development, a Manager Architecture and Planning, a Principal Planner and Urban Designer, Adam has demonstrated sound knowledge of asset management, leading edge development and sustainable community principles. He has conducted more than 60 architectural and land development projects in communities ranging in size from 750 to 1,650,000 inhabitants. Member and later Vice-Chair of the Edmonton Design Committee (2011-2016), he reviewed and provided advice on more than 300 development projects for investments larger than $ 4 billion.

After a six year BArch professional degree in Architecture accredited by the Royal Institute of British Architects, Adam received his two year post-graduate diploma in Restoration of Monuments, Ensembles and Historic Sites in collaboration with the Parisian School of Chaillot, founded in 1887 in France. Further, he earned a Masters in Urban Planning from University of Montreal specializing in sustainable development through urban design. Through his time at École de Technologie Supérieure in Montreal, Adam enrolled in the Masters in Civil Engineering program, where he focused on building systems, energy and CO2 control. To overcome the complexity of human settlements, Adam completed a PhD Degree ‘Cum Laude’ in the Global Context of Urban History and Politics.

He is an expert advisor to the Metropolis International Institute, as part of the World Association of the Major Metropolises, the voice of local government before the United Nations and the international community. In this role, he has provided training courses in Environmentally Friendly Infrastructure, Management, Climate Change Adaptation and Sustainable Development for elected representatives, city managers and public officials of eight countries.

Within the Canadian Institute of Planners (CIP), Adam was selected as a spokesperson for the annual competition “Great Places in Canada”, and he was appointed a Juror for the “Awards for Planning Excellence” program (2013-2016). Elected on the CIP Board of Directors (2016-19), Adam was the Climate Change Committee board liaison, and a member of the Strategic Planning Steering Committee. In 2018, CIP launched the Climate Change Policy, which calls planners to action to create resilient communities. Member on the CIP Future-Forward Task Force to identify options for a governance and supporting financial models to sustain CIP as a national organization, Adam received the Canadian Institute of Planners 2016 President’s Award in recognition of an outstanding lifetime contribution to professional planning in Canada.

Even if his work for various public bodies left him little spare time, nevertheless nothing stops Adam to dedicate himself to his family. At present, he enjoys emerging a watercolor book about refining the community understanding of good practice in urban planning and architecture.